Auto Settings is a game options and input binding toolkit for Unreal Engine 4 that supports a range of functionality that is standard in modern PC and console games.

It is designed be as fast and simple as possible to use, building on top of and enhancing Unreal's systems so that it is painless to integrate with existing projects. 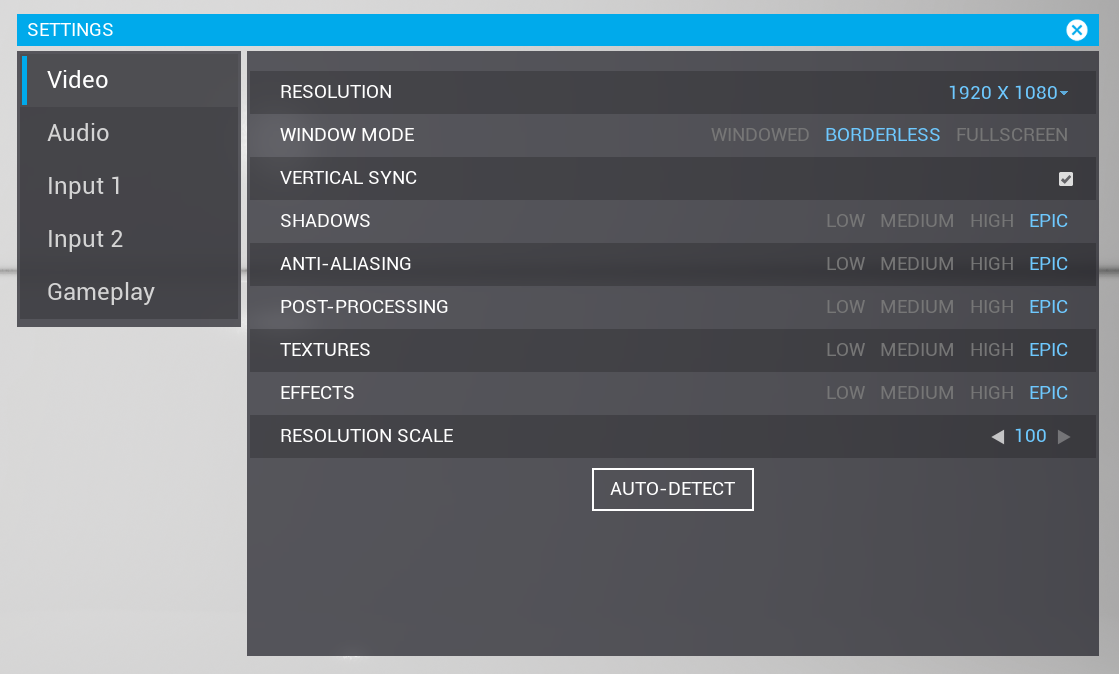